What is Tai Chi?

The origins of present-day Tai Ji are based on Taoist and Buddhist principles, which are rooted in even older, shamanic teachings. Based on observing energetic currents in nature and man, this cosmology had been developed long before they were integrated into kinematics in China. Some sources mention 5000 years because of the discovery of stone needles that have been used in acupuncture. The word acupuncture is derived from the Latin words acus (needle; the uppermost character of the Chinese letters in the practice's logo) and pungere (to stab; the lower Chinese symbol in the logo literally means 'to prick with a stone').

The word acupuncture is derived from the Latin words acus (needle; the uppermost character of the Chinese letters in the practice's logo) and pungere (to stab; the lower Chinese symbol in the logo literally means 'to prick with a stone'). 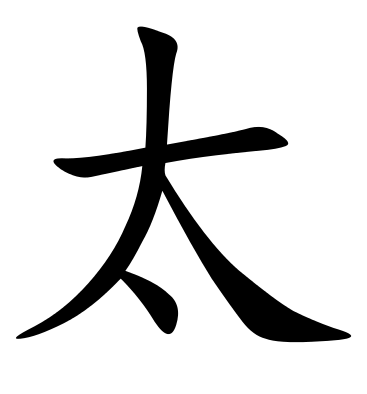 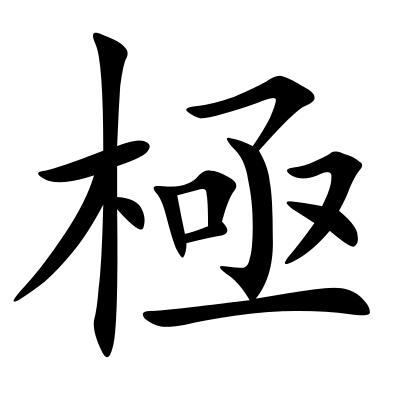 Over the centuries, the teaching of the Great Life Force has grown into a life vision and attitude and has been captured in several basic works:

The Tai Chi symbol itself 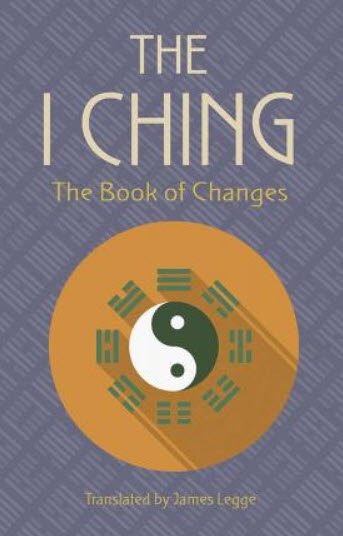 I Ching, the Book of Change (compiled from four older books by Confucius) 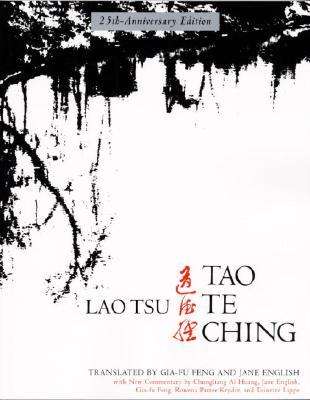 The Tao Te Ching, the Book of the Way and Virtue 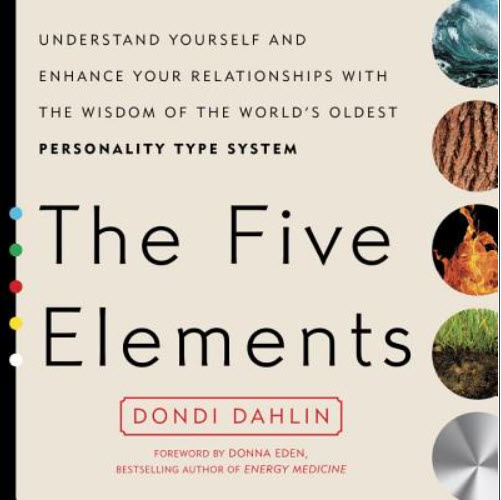 The Wu Shing or Five Elements

Ultimately, this teaching of life was integrated into a martial art in China, which has now grown into a movement teaching. The different spellings of Tai Ji, such as Tai Chi, Tai Chi Chuan or Tai Ji Quan, depend on the spelling used, such as PinYin or Wade. The interpretations of the meaning are varied, such as "move-in harmony" or "boxing extreme origin". Sometimes it is said that the origin of Tai Ji Quan lies in Dim Mak, an effective martial art that uses acupuncture points on the body.

In our school, we prefer the translation: Great Life Force.

Ch'ang San Feng is generally regarded as the founder of Tai Chi Quan. This is said to have originated around the 13th century and is based on the fight between a crane and a snake.

The principles have remained the same throughout the ages. The execution, however, has known many styles. Today, the most well-known are different styles such as Chen, Yang, Wu, and Sun style.

Tai Chi Quan has been documented in official writings since Chen Wang Ting (16th century). This is the oldest surviving style, the Chen style. Other styles have emerged from the Chen style, including the Yang style that is currently most widespread worldwide.

Tai Chi evolved over the centuries from stationary poses to a set of flowing movements that follow each other seamlessly into a harmonious whole. We call this whole a shape. In addition to (empty) hand shapes, each style also developed different weapon shapes such as the sword, fan, stick, spear, etc. In addition, each style also has exercises with partners.

Tai Chi is fascinating to watch and even more so to practice. It is reminiscent of rippling water, pliant but also strong when needed, and unstoppable.

Or as the Tai Chi classics put it:

Whatever the original history, today, the practise focuses mainly on movements that promote health and result in deep mental peace, in short, the harmony of body and mind. Partner exercises give the student insight into applying the movements as a martial art, but much more importantly, insight into his own psychological processes such as fear, aggression, (excessive) attachment, etc..

By practising sincerely for a longer period of time, the student also gains insight into the deeper meaning and purpose of Tai Ji, the spiritual aspect.

The student learns to control the life force and to use it for his own vitality. This is the first step on the road to rejuvenation and long and healthy life, ultimately resulting in the realization of the radiant body of light and the attainment of immortality.

In this way, the current practice fits in seamlessly with the tradition and the original works, the Classics, of Tai Chi.

I first met Jef Crab in early 2010 during a workshop at his EAST Institute. It soon became clear that the Tai Chi that I had been practising for ten years was only aimed at the outer movement. Jef taught me a whole new dimension within Tai Chi, the inner flow of energy that precedes every movement. I was lucky enough to attend a few workshops with one of his teachers: Patrick Kelly. Below is a greatly simplified representation of teacher-to-student lore. 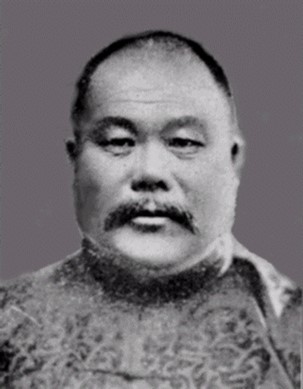 Yang Ch’eng Fu was born into the famous Yang Taijiquan family, the son of Yang Chien-hou and grandson of Yang Luchan. With his older brother Yang Shao-hou, he was among the first teachers to offer Tai Chi Quan instruction to the general public at Beijing.

Ch’eng Fu is known for having "smoothed" out the somewhat more vigorous training routine he learned from his family and emphasizing a "large frame" with expansive movements in stepping and using large circular motions with the arms. His smooth, evenly paced large frame form and its hundreds of offshoots have been the standard for Yang-style. 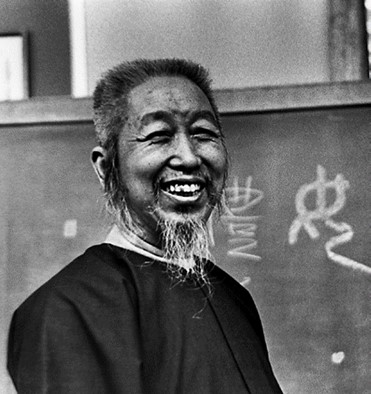 Cheng Man-ch'ing or Zheng Manqing was a notable Chinese expert of Tai Chi Quan, Chinese medicine, calligraphy, painting and poetry. Because of his skills in these five areas, considered among some of the traditional skills and pastimes of a Confucian scholar, he was often referred to as the "Master of Five Excellences." Because he had been a college professor, his students called him "Professor Cheng."

Around 1930 Cheng met the well-known master Yang Ch’eng Fu with whom he began to study Yang-style, until Yang died. 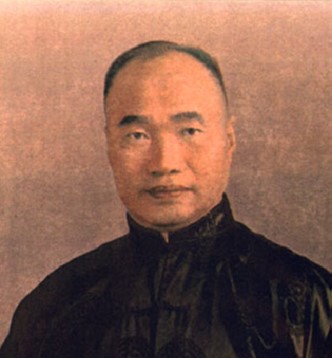 Huang Sheng Shyan or Huang Xingxian was born in Minhou County of the Fujian province in Mainland China. He began studying Fujian White Crane with Xie Zhong-Xian at the age of 14.

In 1947 he resettled in Taiwan where he became a disciple of Cheng Man-ch'ing. Huang committed himself to this tradition for the next 45 years.

By the time of his death in December 1992, he had established 40 schools and taught 10,000 people throughout South East Asia. Huang was considered by some to be the most highly achieved student of Cheng Man-Ch’ing. 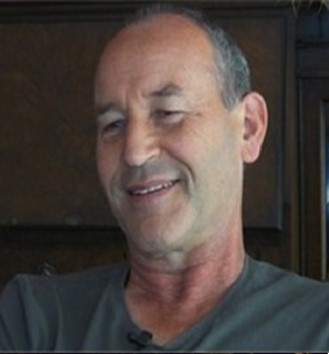 Patrick A. Kelly began Tai Chi in 1973 and was the only Westerner to be admitted as a personal student of the legendary Master Huang Sheng Shyan.

At the same time, he worked closely for 14 years with the Sufi Naqshibandi Sage Gnostic Abdullah Dougan and for 30 years with the Raja Yogi Mouni Maharaj of Rajasthan, both until their deaths.

Patrick embodies so the meeting point of three major esoteric currents (Asian, Indian and Eastern Europe) and he is, through his teaching around the world, a gateway to the genuine path to ourselves. 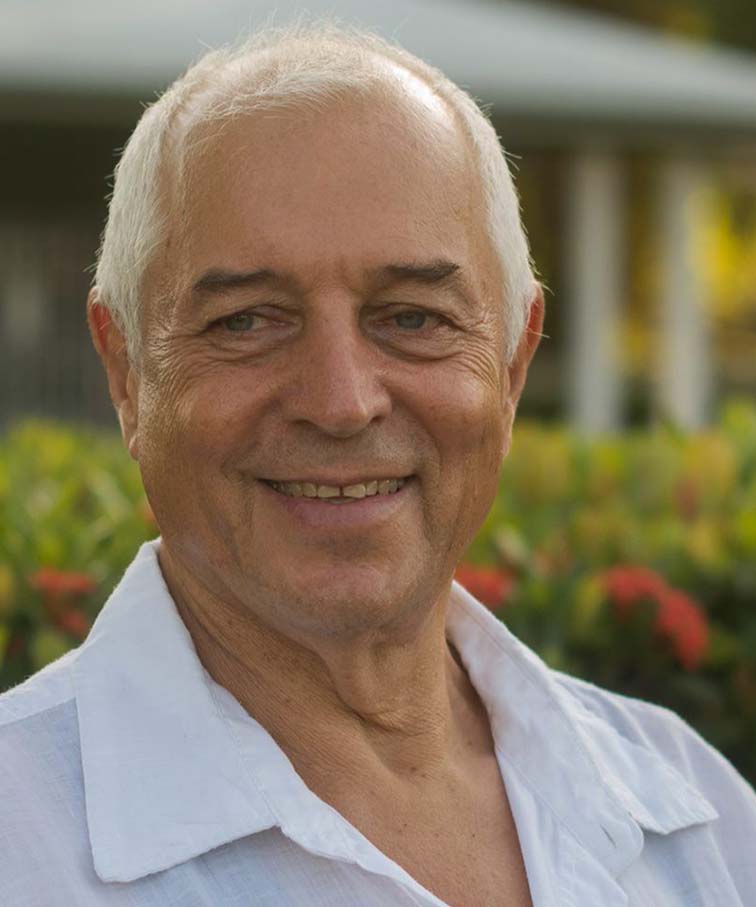 Jef Crab has more than 40 years of experience in various martial arts, of which more than 30 years focused exclusively on inner movement. In early 1985 he met Wang Hui Jun (Henry Wang) in Taiwan.

In '86, Jef started his own group at KU Leuven Belgium. The school quickly expanded to over 100 students. First, it grew in Leuven, but later departments in Ghent and Kortrijk followed.

From 1992 Jef also came into contact with Patrick Kelly.

Jef still considers himself a student of both Tai Ji greats, who each have developed their own way of teaching, depth and speciality. His Tai Ji lineage is no doubt in the Yang family, although he increasingly understands that this no longer matters today. After all, the Tai Ji principles are universal, regardless of the style one practices.