The risk of having an accident in traffic is four times higher when the driver is tired, according to the SWOV (Foundation for Scientific Research on Road Safety). This applies to both long and short distances. Because we soon perform less with a lack of energy. You can think of having sufficient energy as the engine behind your success. All people who perform optimally, therefore, have one thing in common, and that is having a good amount of energy. These "top performers" devote enough time and attention to this because they have experienced how important it is to keep achieving their goals.

So how do you know if you have enough energy in your tank to go through life vital and resilient? You can, fortunately, perceive this through various physical and mental signals. Unfortunately, in doing so, you may also directly encounter a killjoy. This killjoy is called adrenaline and is one of our action hormones. People with energy deficits produce more adrenaline than those with sufficient energy.

One of the properties of adrenaline is that it reduces feelings of fatigue and pain and sometimes manages to mask them completely. If you look at this from our survival system, this is a great trait. With an enemy chasing us, we can keep running because we hardly perceive fatigue or pain. However, in our daily lives, it causes us to miss many of these signals when we are tired. We keep going, and the energy deficit increases further. To an onlooker, these individuals may appear to be brimming with energy, but unfortunately, this is, therefore not always the reality.

Many signals are overlooked

To be able to see through this adrenaline veil, it is important to have knowledge of the effects of energy deficiency so that you can recognise the wide pallet of signals. Within organisations, it turns out that these signals are quite often overlooked, right up to the moment the energy tank is too far empty. I would therefore like to share with you the ten signals of an energy leak. They are the signals that we often overlook or interpret differently: 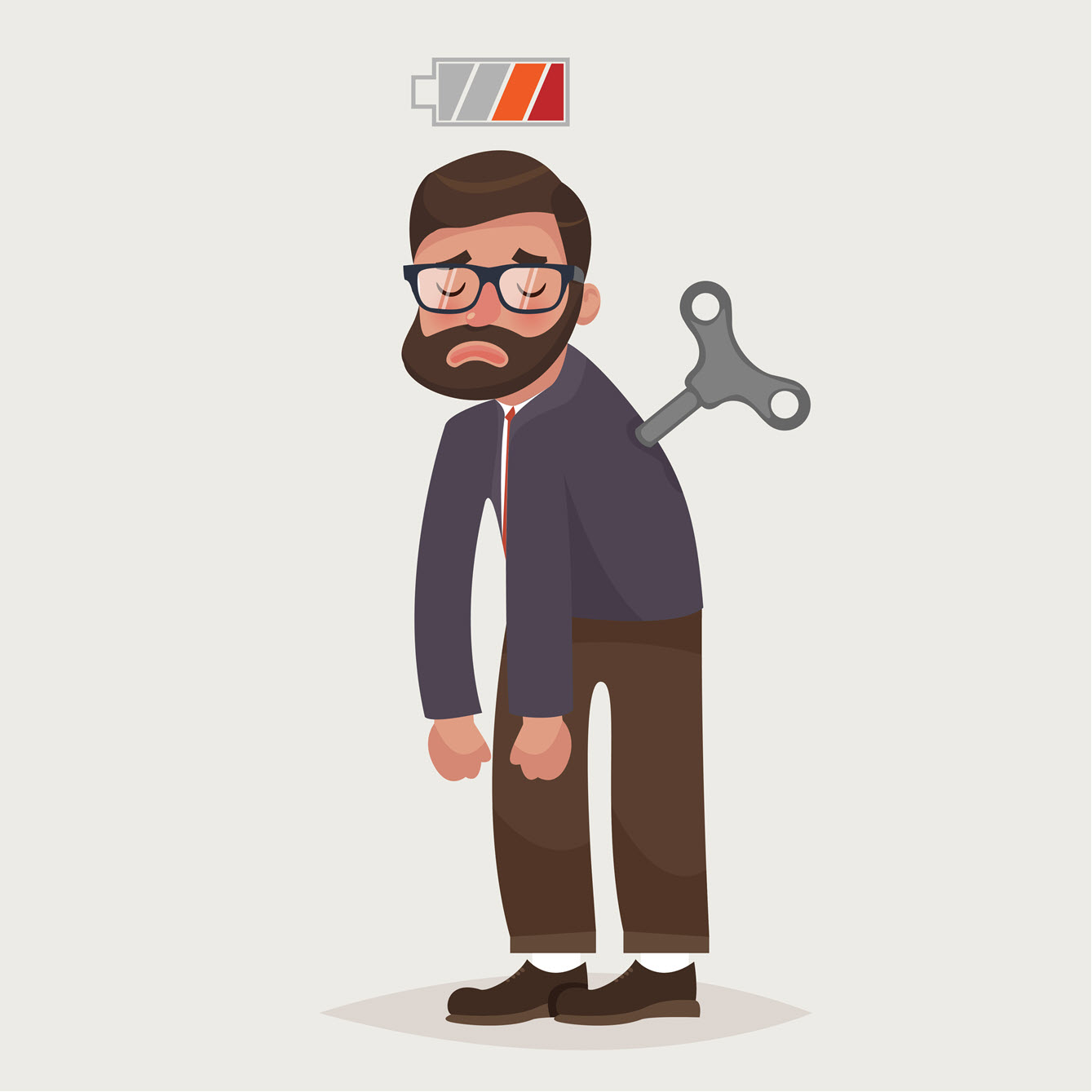 The obvious ones are obviously fatigue or being sick regularly. But did you know that tendon injuries such as mouse arm or heel spur are also clear signals of a lack of energy? Also examples such as excessive menopause complaints, thyroid complaints, headaches, digestive complaints, type 2 diabetes and cardiovascular complaints. A lack of energy quickly causes the individual's vitality to plummet.

These signals include the well-known 'short fuse', having tears higher than before, insecure feelings and being able to keep less distance emotionally. But also think about being over-stimulated and experiencing too many stimuli. Other clear manifestations of a lack of energy are increased brooding and grumbling and frequent feelings of guilt or powerlessness.

Here you can think of decreased concentration and memory, difficulty in coming up with things and regularly losing the thread. You see these people ending up putting out fires and being easily distracted. This is because it becomes more difficult for them to separate primary and secondary issues. We see a decrease in focus and an increase in lists and yellows to remember things. Inspiration levels also drop, planning and organising become more difficult, as does keeping work and personal life separate.

A lack of energy also triggers other behaviours. Such as taking work home, increased smoking, drinking, snacking and snacking. Making mistakes and errors, excessive control behaviour and procrastination are also obvious behavioural signs. You see a person easily withdrawing socially and taking less good care of themselves. Taking insufficient or no more breaks is a clear signal of this. Tired people increasingly draw responsibility to themselves and also say no less easily.

5. The signals from sleep:

This sounds a bit like the chicken-and-egg story, but tired people start sleeping worse and worse. You see this reflected in both the quality and quantity of sleep. The large amount of adrenaline during the day also disrupts the sleep process at night. During the night, deep sleep is, therefore, less achieved and the number of hours of sleep also decreases. This is due to difficulty falling asleep, waking up often, or waking up too early. The consequence of these signals from sleep is the emergence of a negative fatigue spiral. 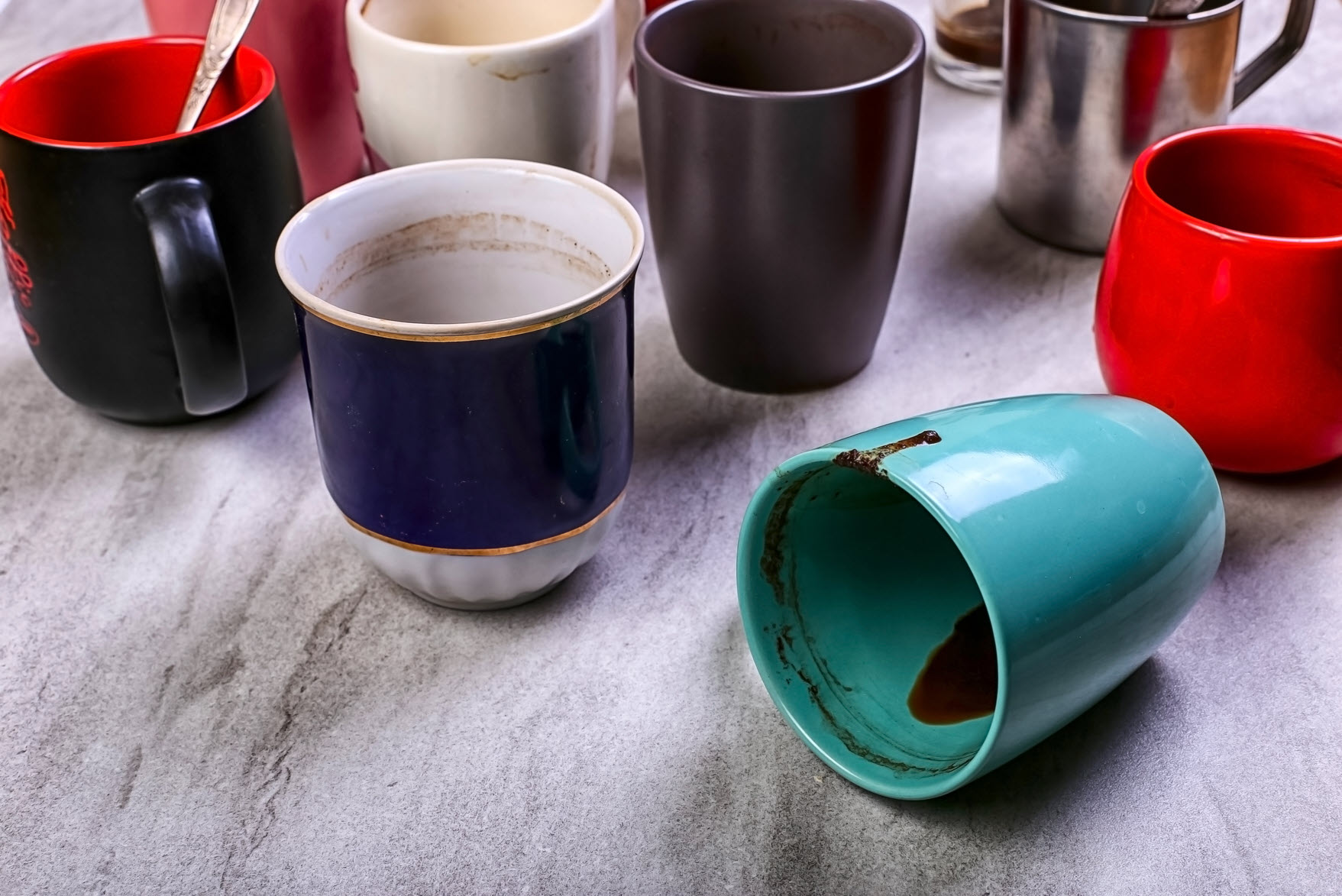 When tired, your brain starts putting perceptions under a magnifying glass. All our stimuli come in magnified and amplified. Something that we didn't notice before, for instance, bothers us much more easily. Things stand out more and seem to be bigger or worse, so we react to them more intensely. Smack noises, for example, are much more noticeable when we are tired.

7. The signals within a collaboration:

In a team where there is insufficient energy, we see more personal interest emerging than group interest. Because feelings are much more lurking, this gets in the way of optimal cooperation. Our brain enters its survival mode more when there is an energy leak and therefore becomes much more selfish.

8. The signals from communication:

Tired people end up in Karpman's drama triangle much more easily in their communication causing them to communicate inefficiently and often fail to reach solutions. Our reptilian brain deploys these old patterns of the accuser, victim and rescuer to survive. 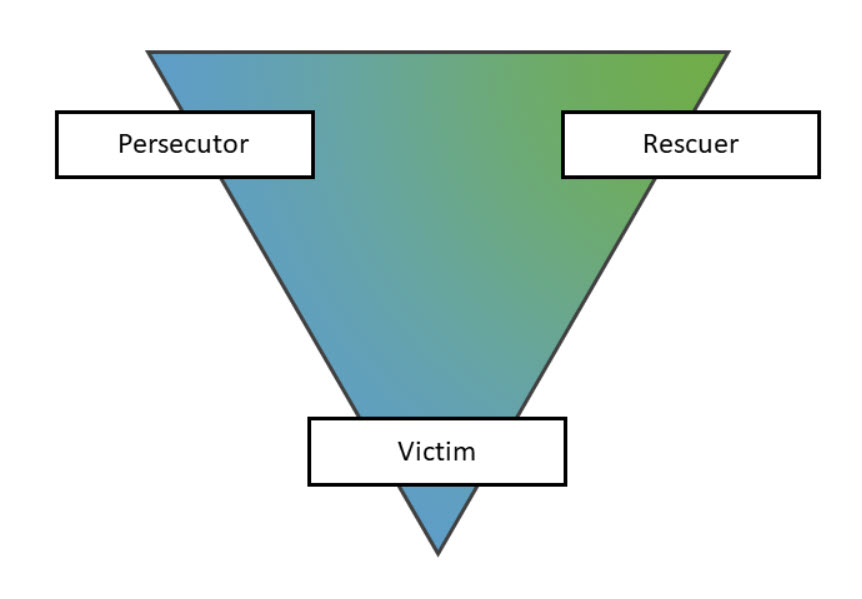 9. The signals from work happiness:

Really enjoying yourself for a while becomes increasingly difficult with a lack of energy. A feeling of emptiness regularly takes its place. This is because our feel-good hormones are produced less. Our action hormone cortisol also starts causing no-sense feelings. The advantage of this reaction is that you start cancelling things and thus naturally create more rest and refuel moments. The downside, however, is that you may start to doubt your work and enjoyment of it, for example. So you see that the lack of energy also has a clear impact on the general work (happiness) atmosphere within organisations. If you see a lot of career questions and high turnover within an organisation, this could indicate a lack of energy.

10. The signals from coordination and tempo:

Our overall coordination and balance deteriorate with fatigue, we start (bumping) around more, bumping into things and we are less able to focus literally and figuratively. Our actions become sluggish without us always being aware of them. As a result, we perform less efficiently and are unable to achieve our goals sufficiently. We literally and figuratively get a bit out of focus.

To measure is to know

Energy is the leading factor, the basis of vital and resilient people. Taking care of this amount of energy starts with knowing the effects of an energy deficiency. Without this knowledge, you cannot adequately anticipate it. Besides observing and watching these signals yourself in employees or colleagues, you can also measure this very well:

To Measure is To Know: What Is Your Stress Score?