Many people ask me which form of Tai Chi I practise.

On the past World Tai Chi day ( 30 April), I could get acquainted with the Wu form given by Inge Van Den Eynde through her centre OJO.

As Patrick Kelly explains on his website, there are different forms of Tai Chi. The best known are the Yang style, the Cheng style and the Wu style, with even within these traditions different forms. Inge and her students practice the form of Wu Yu-Hsang (1812-1880), or xiao jia. This means 'small form', as the more compact movements. This form is also called the Hao-style, after the Hao family who brought this form further out.

I myself learned the Yang form from my teachers Jef Reynders and Jef Crab, who in turn learned it from Patrick Kelly.

Regardless of the form, the fundamentals on which we perform the movements remain the same. The movements are executed slowly and evenly. Through correct posture, concentration and breathing, blockages in the energy pathways are removed, promoting good health and harmonising the mind.

Tai Chi is a way to improve your quality of life.

True Tai Chi has no Name

The further back in time we look, the more obscure the history of Tai Chi becomes. In former times Tai Chi was developed and practised within the Chinese communities of the world, but its source is beyond the limits of race.

In the old days in China, teachers with good Art would seldom teach outside their own family or clan. This was for self-preservation in a competitive and dangerous world.

Yet from the study of this past, two things become clear. Firstly, the inner essence of Tai Chi flows down from genuine teachers to sincere pupils in unbroken chains. Secondly, each teacher must devise their own training system to express and pass on this impersonal inner teaching.

While pupils were under Master Huang's direction, we learnt and taught his system. Now, the training system we teach arises from our own individual understanding.

Consequently, methods could then be associated with the common family name of the clan. Now that fear is no longer a major factor in the transmission; open-minded Masters recognise that the best potential may be found outside their own clan. Family names now serve little purpose.

It is only a hindrance to the peaceful teaching and learning of Tai Chi to give undue importance to the various styles - Yang, Wu, Chen and other lesser-known variations, or to claim some generational family link back to that style's founder. This is all attachment to the outer form and is the mark of those who are young in the inner aspects of the Art 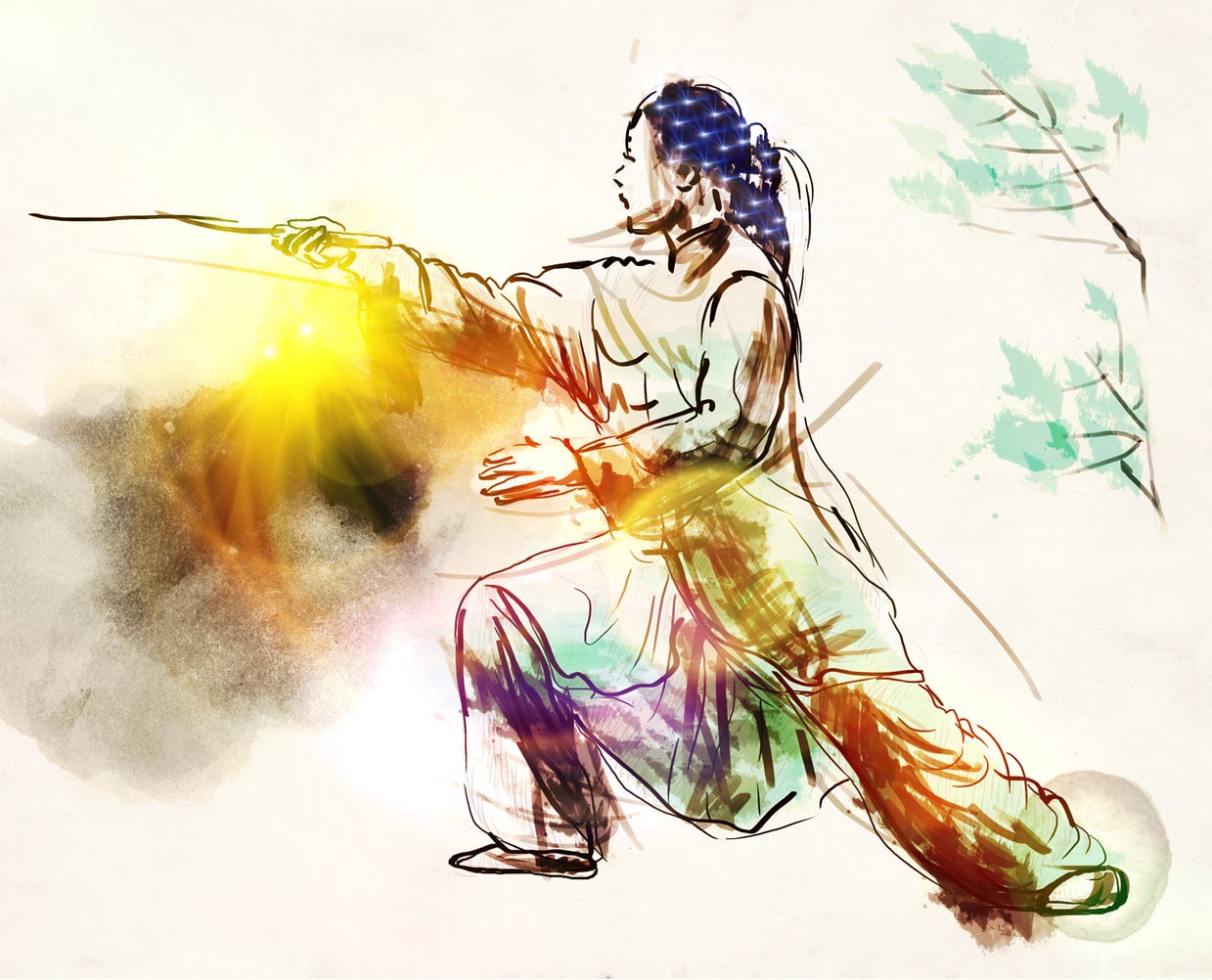 In traditional Tai Chi, students progress through long serious training, which produces true inner evolution, deep well-being and some ability at self-defence based on sensitivity and internal power rather than external strength and speed.

The sublime experience of the past great practitioners is passed down, which requires effort from both students and teachers. The teachers have themselves been through such long training previously, with their own genuine teachers.

Secondly, there is "healing" Tai Chi where people practice lightly to feel outwardly better and recover from the pressure of work and daily life. Like modern 'Yoga", there is some external value in this but it does not lead to internal refinement.

Thirdly, you may also see "gymnastic" Tai Chi, where all esoteric training is scorned, and either beautiful "wushu" postures or rough fighting movements are trained, perhaps with silk uniforms, sometimes for competition. This Tai Chi was officially promoted over the last 60-70 years but maybe has lost the refined subtlety of the original art.

These last two methods are typically taught merely as a means of making a living. The lightly trained instructors easily create new movements and systems which propagate their own simple ideas. These methods may increase attachment to and identification with the body (consolidating the ego). This is a long way from the great purpose of the deep and subtle art of true Tai Chi.

I suggest you think twice before investing your time in these last two - ask yourself what is really important in your life, then stay true to that and make your choice.