The overarching principle of the fight-or-flight response is marshalling resources for immediate needs instead of building for the future, act now and ask questions later. The hormonal rush of epinephrine focuses on the body, increasing heart rate and blood pressure and dilating the lungs' bronchial tubes to carry more oxygen to the muscles. Epinephrine binds to muscle spindles, and this ratchets up the muscles' resting tension, so they’re ready to explode into action. Blood vessels in the skin constrict to limit bleeding in the event of a wound. Endorphins are released in the body to blunt pain. In this scenario, biological imperatives like eating and reproduction are put on the back burner. The digestive system shuts down; the muscles used to contract the bladder relax so as not to waste glucose, and saliva stops flowing. 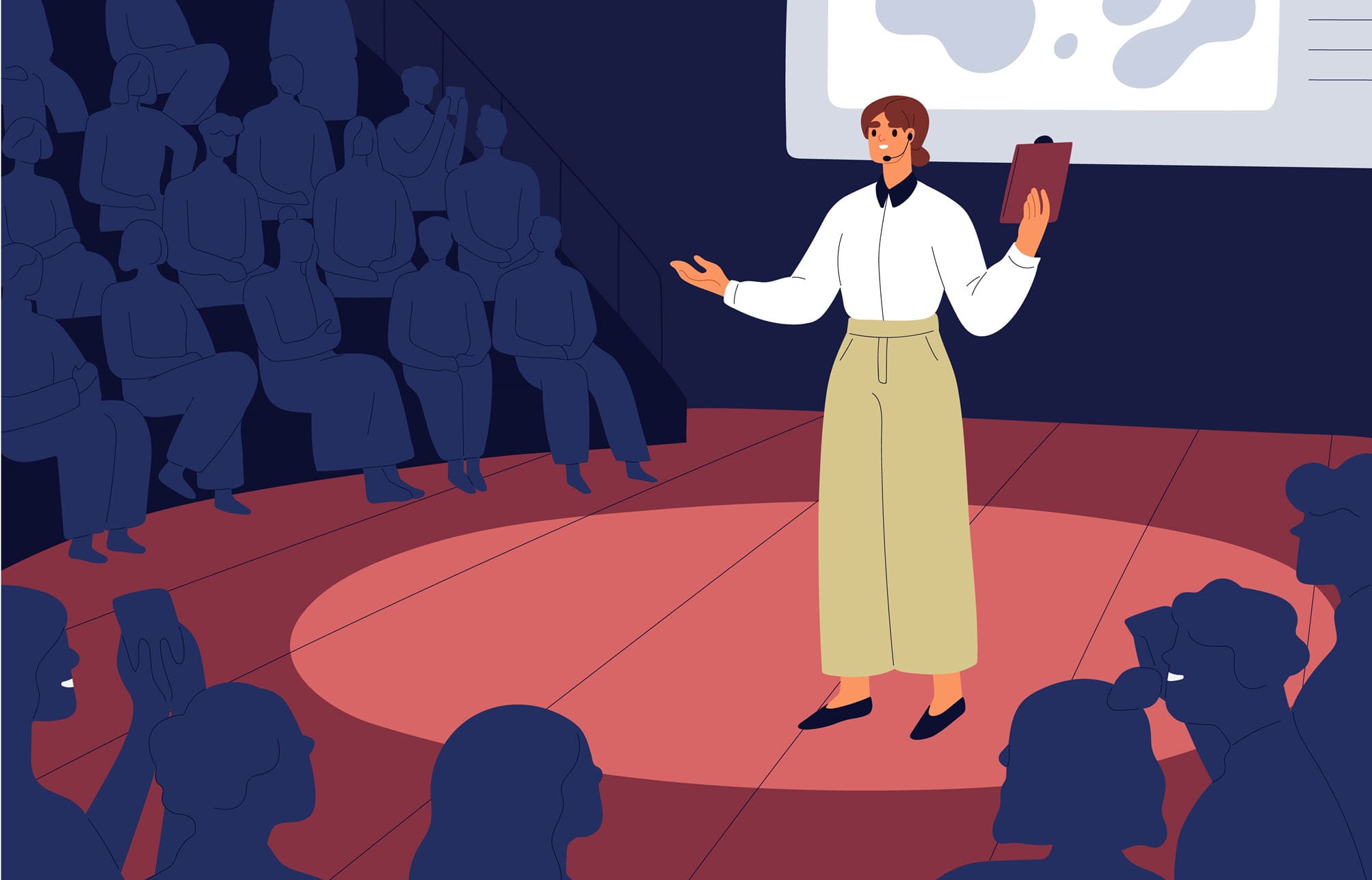 lf you've ever faced a nerve-racking public-speaking situation, you've experienced this shift in the form of a racing heart and cottonmouth. Your muscles and your brain get stiff, and you lose all the hope of being flexible and engaging. Or, if the processed signal from the cortex to the amygdala breaks up, you can’t think, and you freeze.

Technically, the full-blown stress response should be called "freeze or fight or flight." None of this is particularly helpful when you’re up at the podium, but the body responds in essentially the same way whether you’re staring down a hungry lion or a restless audience.

Two neurotransmitters put the brain on alert: norepinephrine arouses attention, and then dopamine sharpens and focuses it. An imbalance of these neurotransmitters is why some people with attention-deficit /hyperactivity disorder (ADHD) come across as stress junkies. They have to get stressed to focus. It's one of the primary factors in procrastination. People learn to wait until the Sword of Damocles is ready to fall -It’s only then, when stress unleashes norepinephrine and dopamine, that they can sit down and do the work.

A need for stress also explains why ADHD patients sometimes seem to shoot themselves in the foot. When everything is going well, they need to stir up the situation, and they subconsciously find a way to create a crisis.

To fuel the anticipated activity of the muscles and the brain, epinephrine immediately begins converting glycogen and fatty acids into glucose. Travelling through the bloodstream, cortisol works more slowly than epinephrine, but its effects are incredibly widespread.

Cortisol wears a number of different hats during the stress response, one of which is that of traffic cop for metabolism. Cortisol takes over for epinephrine and signals the liver to make more glucose available in the bloodstream, while at the same time blocking insulin receptors at nonessential tissues and organs and shutting down certain intersections so the fuel flows only to areas important to fight-or-flight.

The strategy is to make the body insulin-resistant so the brain has enough glucose. Cortisol also begins restocking the shelves, so to speak, replenishing energy stores into glycogen and begins the process of storing fat.

If this process continues unabated, as in chronic stress, the action of cortisol amasses a surplus fuel supply around the abdomen in the form of belly fat. (Unrelenting cortisol also explains why some marathon runners carry a slight paunch despite all their training -their bodies never get a chance to adequately recover.)

The problem with our inherited stress response is that it mobilizes energy stores that don't get used.

During the initial phase of the stress response, cortisol also spurs the release of insulin-like growth factor (IGF-1), which is a crucial link in fuelling the cells. The brain is a conspicuous consumer of glucose, using 20 percent of the available fuel even though it accounts for only about 3 percent of our body weight.

But it has no capacity to store fuel, so cortisol's role in providing a steady flow of glucose is critical to proper brain function. Operating on a fixed budget of fuel, the brain has evolved to shift energy resources as necessary, meaning that mental processing is competitive.

It's simply not possible to have all of our neurons firing at once, so if one structure is active, it must come at the expense of another. One of the problems with chronic stress is that if the HPA axis is guzzling all the fuel to keep the system on alert, the thinking parts of the brain are being robbed of energy.