In the last blog, we discussed how to Inoculate Yourself, today part 3:

Triggered by a primitive call to survive, the body's stress response is a built-in gift of evolution without which we wouldn't be here today. The response ranges from mild to intense depending on the cause Severe stress activates the emergency phase, commonly known as the fight-or-flight response. It's a complex physiological reaction that marshals resources to mobilize the body and brain, and engraves memory of what happened, so we can avoid it next time. Where was that lion, exactly?

The threat has to be fairly intense for the body to get involved, but any degree of stress activates fundamental brain systems - those that manage attention, energy, and memory. If we strip away everything else, our ingrained reaction to stress is about focusing on the danger, fueling the reaction, and logging in the experience for future reference, which I think of as wisdom. 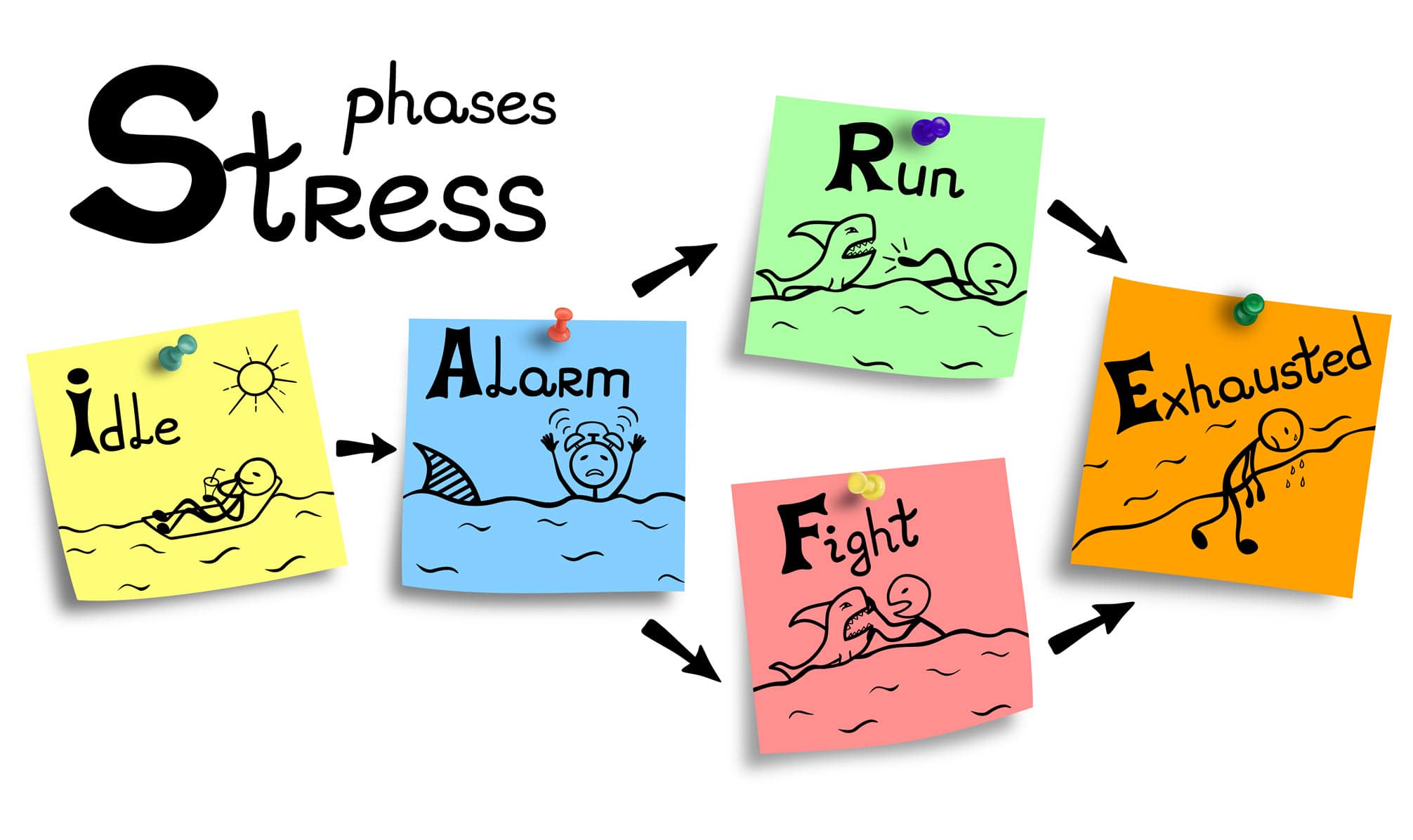 It is only in recent years that scientists have begun to recognize and describe the role of stress in the formation and recall of memories.
The development of this understanding is exciting because it sheds light on why -(and how) -stress can have such a profound effect on the way we perceive the world.

The fight-or-flight response calls into action several of the body's most powerful hormones and scores of neurochemicals in the brain. The brain's panic button, called the amygdala, sets off the chain reaction on receiving sensory, input about a possible threat to the body's natural equilibrium. Being hunted would certainly qualify, but so would be the hunter.

The amygdala's job is to assign intensity to the incoming information, which may or may not be obviously survival related. It's not just about fear, but any intense emotional state, including, for example, euphoria or sexual arousal.

Winning the lottery or dining with a supermodel can trigger the amygdala. These events may not seem stressful, but remember, our brains don’t distinguish between "good" and "bad" demands on the system. And in an evolutionary light, good fortune and a go date are related to survival-prospering and procreating.

The amygdala connects to many parts of the brain. It receives a wide array of input - some of it routed through the high-level processing centre of the prefrontal cortex, which explains how even a subconscious perception or memory can trigger a stress response. 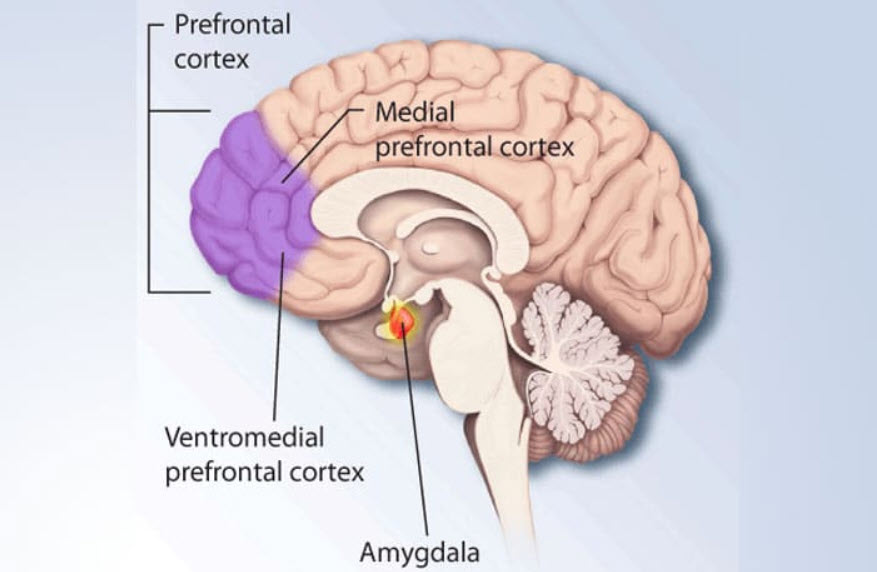 Within ten milliseconds of sounding alarm, the amygdala fires off messages that cause the adrenal gland to release hormones at different stages. First, norepinephrine triggers lightning-fast electrical impulses that travel through the sympathetic nervous system. It activates the adrenal gland to dump the hormone epinephrine, or adrenaline, into the bloodstream. Heart rate, blood pressure, and breathing increase, contributing to the physical agitation we feel under stress. At the same time, signals carried by norepinephrine and Corticotropin-releasing factor (CRE) travel from the amygdala to the hypothalamus, where they are handed off to messengers that take the slow train through the bloodstream.
These messengers prompt the pituitary gland to activate another part of the adrenal gland, releasing cortisol's second primary stress response hormone. This relay from the hypothalamus to the pituitary to the adrenal gland is known as the HPA axis, and its role in summoning cortisol and turning off the response makes it a key player in the story of stress. Meanwhile, the amygdala has signalled the hippocampus to start recording memories, and another dispatch has been sent to the prefrontal cortex, which decides whether the threat truly merits a response.

Humans are unique among animals in that the danger doesn't have to be clear and present to elicit a response - we can anticipate It; we can remember it; we can conceptualize it. And this capacity complicates our lives dramatically. "The mind is so powerful that we can set off the [stress) response just by imagining ourselves in a threatening situation" writes Rockefeller University neuroscientist Bruce McEwen in his book “The End of Stress as We Know lt”. In other words, we can think ourselves into a frenzy.

McEwen's point has an essential flip side: We can run ourselves out of that frenzy. Just as the mind can affect the body, the body can affect the mind. But the idea that we can alter our mental state by physically moving still has yet to be accepted by most physicians, let alone the broader public. It’s a fundamental theme of my work, and it's particularly relevant in the context of stress.

After all, the fight-or-flight response aims to mobilize us to act, so physical activity is the natural way to prevent the negative consequences of stress. When we exercise in response to stress, we’re doing what humans beings have evolved to do over the past several million years. On one level, it’s that simple. Of course, there are many levels to explore. 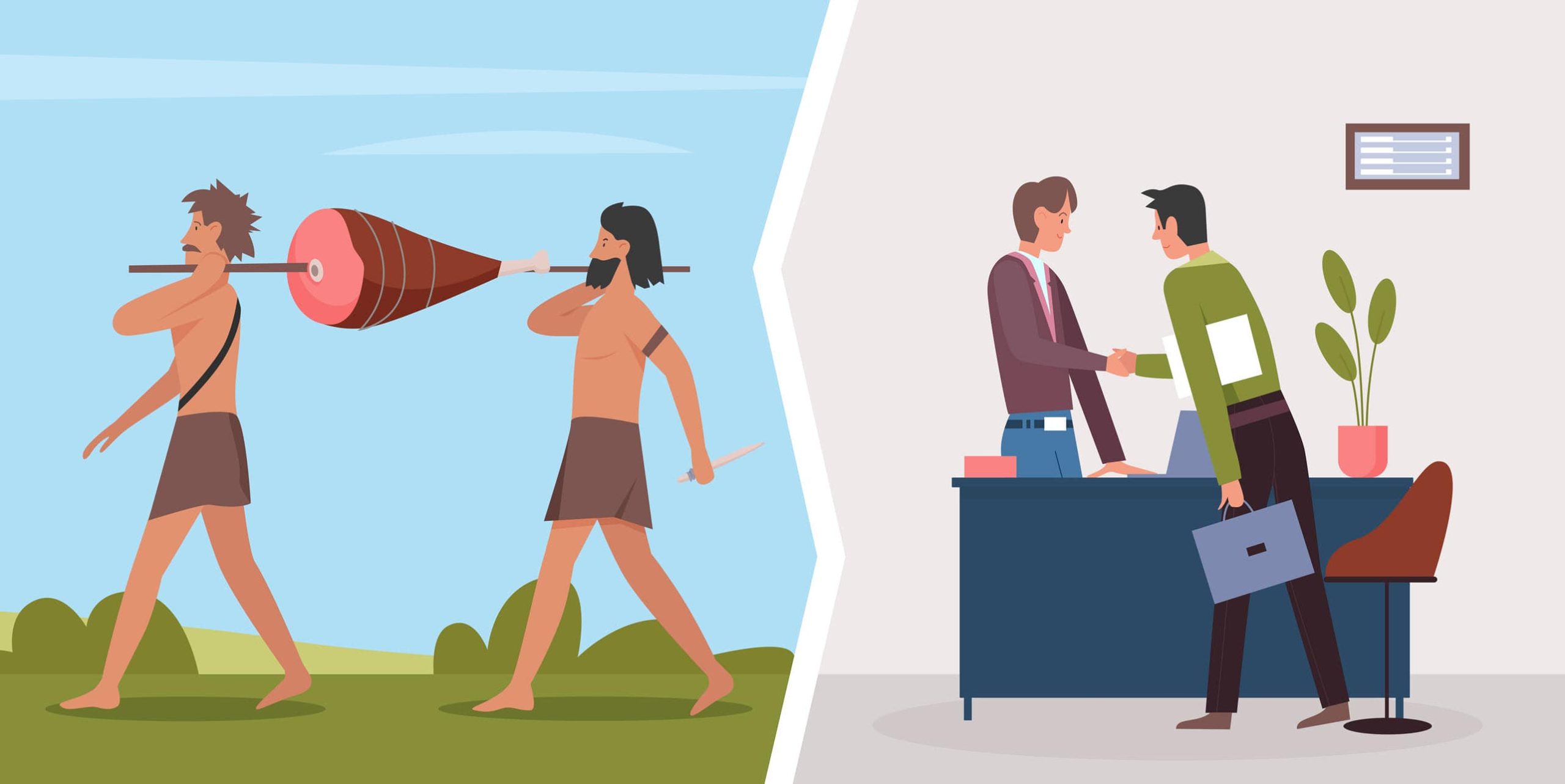